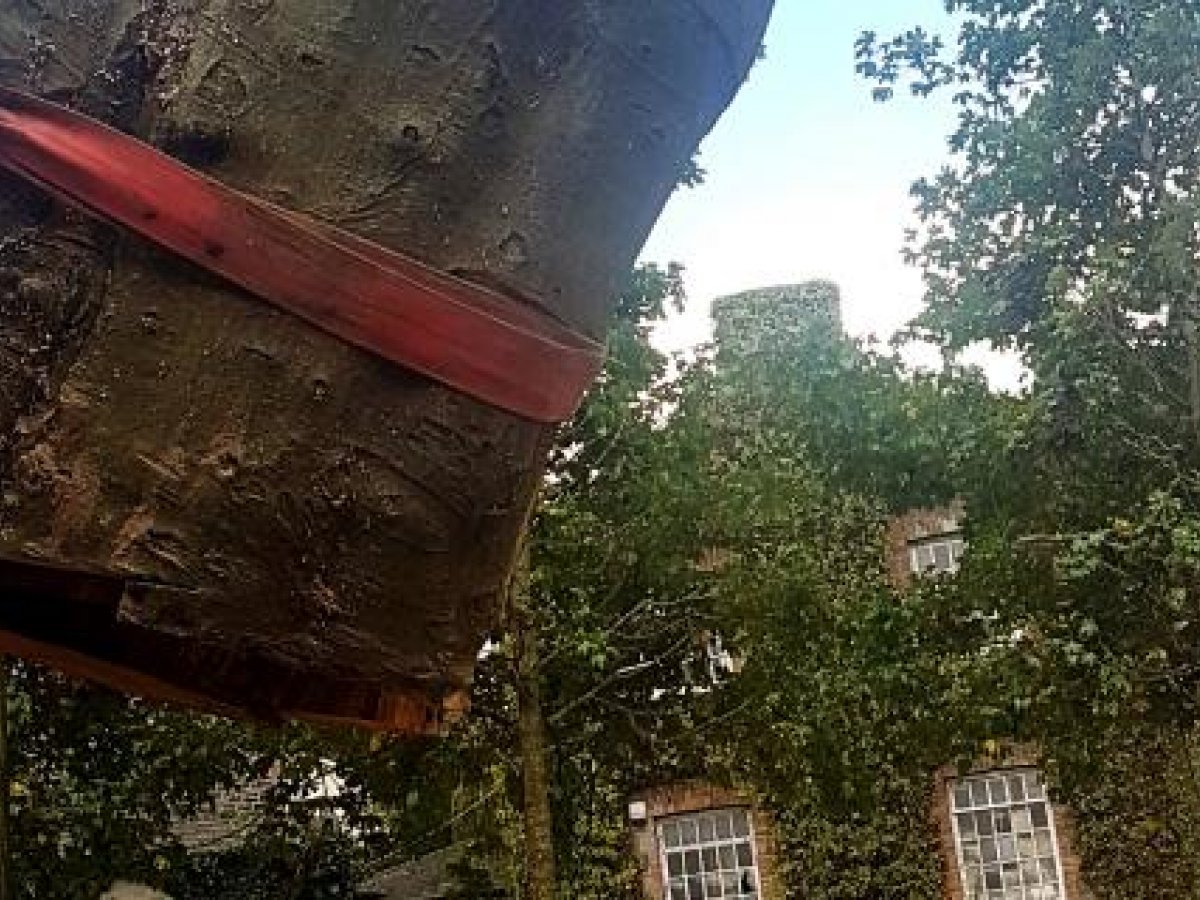 Recently we had to remove a large beech tree that was 170 years old. It was located on the grounds of a popular hotel. 20 years ago builders had been employed to do work close by to it and had dumped tonnes of rubble aroung the base of it. Last year we noticed a root decay fungus fruiting body of Meripilus giganteus around the base of the tree. After extensive surveying and a root dig that involved a special 'Air Spade' it was discovered that there was little to no roots anchoring the base of the tree. With the hotel on one side and private dwellings close by on the other side, the decision to remove it was made. It took three days to dismantle it and take it away. A 90 ton crane and two lorries were used to remove the timber and no disruption to business was experienced by the hotel. It was a landmark tree and will be missed from the landscape. However, safety first was the thinking and a sure disastrous situation was avoided by the fact that we saw and diagnosed the danger.

WHAT OUR HAPPY CUSTOMERS SAY

“We would not hesitate to recommend George Earle and his team to anyone and we are looking forward to working with them again....”
Jacqui Back and John Walsh, Reenascreena, Cork

“I would highly recommend County Tree Care as a very reliable company and lovely to deal with...”
Michael Cunningham, Clares Ave, Cork City

“George Earle and his crew were very professional and careful in all that they did and their price was very competitive...”
Pat O Sullivan, Knocknacurra, Bandon